Breathwork is backed in science and offers a variety of life-changing health benefits.

“One study on the treatment of asthma patients conducted by researchers John Goyeche, Dr. Ago, and Dr. Ikemi, suggests that any effective treatment should address suppressed emotions – such as anxiety and self-image – as well as the physical dimension. To achieve this, they encourage correction of poor posture, and helping the person relax the irrelevant respiratory muscles while restoring full diaphragmatic breathing. They also recommended finding ways for getting rid of excess mucus. The good news is that a well rounded breath practice will do all these things.”
Donna Farhi
The Breathing Book, p. 207

“The relationship between breathing and blood pressure has been known and understood for a long time. It boils down to this: Elevated blood pressure accompanies those bodily states where rapid shallow breathing prevails. By altering breathing to a slow diaphragmatic mode, blood pressure decreases.”
Robert Fried, Ph.D.
The Breath Connection, pg. 152

“The first discovery was made by Nobel Prize winner Dr. Otto Warburg, Director of the Max Planck Institute for Cell Physiology in Berlin. He confirmed that the key precondition for the development of cancer is a lack of oxygen at the cellular level.”
Nathaniel Altman
Oxygen Healing Therapies, pg. 66

“Cancer has only one prime cause. It is the replacement of normal oxygen respiration of the body’s cells by an anaerobic (i.e. oxygen-deficient) cell respiration.”
Dr. Otto Warburg
Nobel Laureate, Winner of the Nobel Prize in Medicine (for Cancer Research)

“Cancer is a condition within the body where the oxidation has become so depleted that the body cells have degenerated beyond physiological control. Similarly, the true cause of allergy is lowered the oxidation process within the body, causing the affected individual to be sensitive to foreign substances entering the body. Only when the oxidation mechanism is restored to its original high state of efficiency can the sensitivity be eliminated.”
Dr. Wendell Hendricks
Hendricks Research Foundation

“Many healings of other physical troubles have occurred in my clients after they started to integrate breathing practices into their lives. There is a simple but encompassing reason that may explain this. The human body is designed to discharge 70% of its toxins through breathing. Only a small percentage of toxins are discharged through sweat, defecation and urination. If your breathing is not operating at peak efficiency, you are not ridding yourself of toxins properly.”
Gay Hendricks, Ph.D.
Conscious Breathing, pg. 17

“One of the most overlooked benefits of extra oxygen in the tissues is their ability to detoxify more efficiently”.
Dr. Kurt W. Donsbach, D.C., N.D.,
Super Heath, Oxygen-Oxygen-Oxygen

“Illness is the result of improper removal of toxins from the body. Oxygen is the vital factor which assists the body in removing toxins.”
Ed McCabe
Oxygen Therapies, A New Way of Approaching Disease (1988)

“Coronary heart disease is due to a lack of oxygen received by the heart.”
Dr. Dean Ornish

“A lack of oxygen (hypoxia) is the prime cause of 1.5 million heart attacks each year.”
Dr. Richard Lippman,  Renowned Researcher

“Jack Shield, MD, a lymphologist from Santa Barbara, CA, conducted a study on the effects of breathing on the lymphatic system. Using cameras inside the body, he found that deep diaphragmatic breathing stimulated the cleansing of the lymph system by creating a vacuum effect which sucked the lymph through the bloodstream. This increased the rate of toxic elimination by as much as 15 times the normal pace.”
J. Shields, MD
Lymph, Lymph Glands and Homeostasis,  Vol. 25 No. 4, Dec 92, pp.147-153

” All chronic pain, suffering, and diseases are caused by a lack of oxygen at the cell level.”
Dr. Arthur C. Guyton, MD
The Textbook on Medical Physiology

“Breathing is the key that unlocks the whole catalog of advanced biological function and development. Is it any wonder that it is so central to every aspect of health? Breathing is the first place, not the last, one should look when fatigue, disease, or other evidence of disordered energy presents itself. Breathing is truly the body’s most basic communication system.”
Sheldon Saul Hendler, MD, Ph.D.
Oxygen Breakthrough, pg. 96

“Simply put, disease is due to a deficiency in the oxidization process of the body, leading to an accumulation of the toxins. These toxins would ordinarily be burned in normal metabolic functioning.”
Dr. Albert Wahl

“In all serious disease states we find a concomitant low oxygen state…Low oxygen in the body tissues is a sure indicator for disease…Hypoxia, or lack of oxygen in the tissues, is the fundamental cause for all degenerative disease. Oxygen is the source of life to all cells.”
Dr. Stephen Levine, Renowned Molecular Biologist and Geneticist
Oxygen Deficiency: A Concomitant to All Degenerative Illness

“Starved of oxygen the body will become ill, and if this persists it will die, I doubt if there is an argument about that.”
Dr. John Muntz, Nutritional Scientist

“Insufficient oxygen means insufficient biological energy that can result in anything from mild fatigue to life-threatening disease. The link between insufficient oxygen and disease has now been firmly established.”
W. Spencer Way
Journal of the American Association of Physicians

“Cells undergoing partial oxygen starvation send out tiny panic signals which are collectively felt in the body as a continuous vague sensation of uneasiness, dread or disaster. This low level generalized warning tends to get tuned out as mere ‘background noise’ by the individual experiencing it. Or, it is attributed to other sources of uneasiness…. People rarely suspect that the constant vague feelings of helplessness, fatigue….uneasiness are symptoms of cellular oxygen deprivation.”
The Townsend Letter for Doctors

Ayca Ozturk Szapora of the Netherlands has completed peer-reviewed research on cognition, relating to types of meditation. It involved Transformational Breath and found that even a half hour of session, enhanced “divergent thinking”; this is associated with creativity, finding alternative solutions to a problem, original thinking, and generating new ideas.
http://www.frontiersin.org/Cognition/10.3389/fpsyg.2012.00116/full

What Clients Are Saying

Although I have been a workshop junkie for some thirty-five years, something about Terri Peterson's "I Love to Breathe" weekend called to me and wouldn't stop calling until I signed up for the two day Soul Breathing training. Am I ever glad I did! Terri teaches an elegantly simple breathing technique, which proved to be a powerful and empowering way to release old blocks on all levels -- physical, emotional, mental, spiritual, and energetic--and to open to greater health, happiness, and healing. Thank you, Terri, for your willingness to serve as a guardian angel in teaching and facilitating this valuable process!
R.S. Saint Paul, MN
Thank you Terri!! You are a powerful facilitator and holder of space. You create a safe container for deep transformative work to be done in accordance with meeting everyone where they are at, making it accessible to all different levels and what's needed for each individual. Working with you is helping me to heal deeper layers and have break-throughs. It is a reflection of the integrity of your intentionality. it is reaffirming in my belief in the power of group work. I am happy to have found you.
A.E.Duluth, MN
...My emotions have been frozen for months. And this breath session was such a delicious dissolving surprise. I could feel all of them just melt off my body -- it looked like a snow cone just melting away -- and then that huge light appeared. WOW!! And when you suggested proof that my teachers and guides were there... no words can describe that. I just felt their presence collapse onto me and throughout my entire being. Thank you for letting me participate in this very powerful healing of the planet, and ourselves!
N.S.Mayetta, KS
Previous
Next

Receive complete personal attention in an individual Soul Breathing Session so you can reclaim your breath quickly and achieve your personal goals.
Learn More 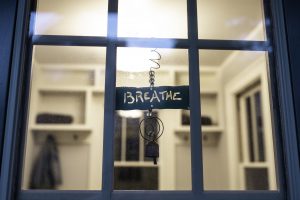 “If I had to limit my advice on healthier living to just one tip, it would be simply to learn how to breathe correctly.” When

Be among the first to learn about upcoming,
workshops, seminars, retreats, and offers!

The information on this site is not intended or implied to be a substitute for professional medical advice, diagnosis or treatment. All content, including text, graphics, images and information, contained on or available through this website is for general information purposes only.